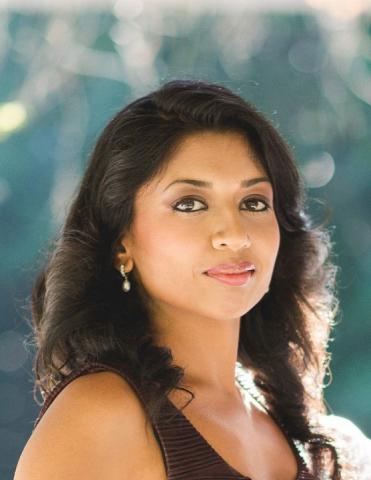 The UWI Regional Headquarters, Jamaica. Friday, October 02, 2020—Navida Bachan, a graduate student at The University of the West Indies (The UWI), has been awarded the prestigious Routledge/Round Table Commonwealth Studentship Award for the 2020-2021 academic year. Only two studentships are available each year; one designated for a UK-registered student and the other for one student from other Commonwealth countries, which was awarded to Navida.

Founded in 1910, the Round Table is the oldest English-language international affairs journal and provides analysis and commentary from research on all aspects of international affairs. The journal is the major source for coverage of the policy issues concerning the contemporary Commonwealth and its role in international affairs, with occasional articles on themes of historical interest. Navida, who is studying for a PhD in Governance at the Sir Arthur Lewis Institute of Social and Economic Studies (SALISES) at The UWI St. Augustine Campus, has focused her research on investigating health system governance and its impact on the performance of health systems in Trinidad and Tobago and the UK. She has a special interest in the tenets of participatory governance in the health sector and how they have been applied in Commonwealth contexts that have facilitated improved health outcomes for populations.

Navida’s professional work as a researcher in the Trinidad and Tobago health sector, both at the national and sub-national levels, has contributed significantly to her insights about health system governance and its link to health system performance, and subsequently healthcare delivery. She intends to use the Routledge/Round Table Commonwealth Studentship towards understanding key governance components within the UK’s National Health Service (NHS). Specifically, her study of the NHS will begin with a review of key legislation, and culminate in interviews with health officials. She envisions her findings being translated into policy measures that contribute towards the overall strengthening of the Trinidad and Tobago health system as well as those of developing countries in general.

She holds a BSc in Economics and an MSc in Development Statistics with a specialisation in Social and Demographic Statistics, both from The UWI. In 2017 she was also the recipient of the Jack Harewood Award for ‘Most Outstanding Student’ in her MSc in Development Statistics programme at SALISES, St. Augustine and spent a semester at the University of Alberta as a visiting graduate student; there, she expanded her knowledge of mixed-methods research for her PhD while enhancing her skills through International House's Global Leadership Development programme.

For over 70 years The University of the West Indies (The UWI) has provided service and leadership to the Caribbean region and wider world. The UWI has evolved from a university college of London in Jamaica with 33 medical students in 1948 to an internationally respected, regional university with near 50,000 students and five campuses: Mona in Jamaica, St. Augustine in Trinidad and Tobago, Cave Hill in Barbados, Five Islands in Antigua and Barbuda and an Open Campus. As part of its robust globalization agenda, The UWI has established partnering centres with universities in North America, Latin America, Asia, Africa and Europe including the State University of New York (SUNY)-UWI Center for Leadership and Sustainable Development; the Canada-Caribbean Institute with Brock University; the Strategic Alliance for Hemispheric Development with Universidad de los Andes (UNIANDES); The UWI-China Institute of Information Technology, the University of Lagos (UNILAG)-UWI Institute of African and Diaspora Studies; the Institute for Global African Affairs with the University of Johannesburg (UJ); The UWI-University of Havana Centre for Sustainable Development; The UWI-Coventry Institute for Industry-Academic Partnership with the University of Coventry and the Glasgow-Caribbean Centre for Development Research with the University of Glasgow. The UWI offers over 800 certificate, diploma, undergraduate and postgraduate degree options in Food & Agriculture, Engineering, Humanities & Education, Law, Medical Sciences, Science & Technology, Social Sciences and Sport. As the region’s premier research academy, The UWI’s foremost objective is driving the growth and development of the regional economy. The world’s most reputable ranking agency, Times Higher Education, has ranked The UWI among the top 600 universities in the world for 2019 and 2020, and the 40 best universities in Latin America and the Caribbean in 2018 and 2019, then top 20 in 2020. The UWI has been the only Caribbean-based university to make the prestigious lists.  For more, visit www.uwi.edu.