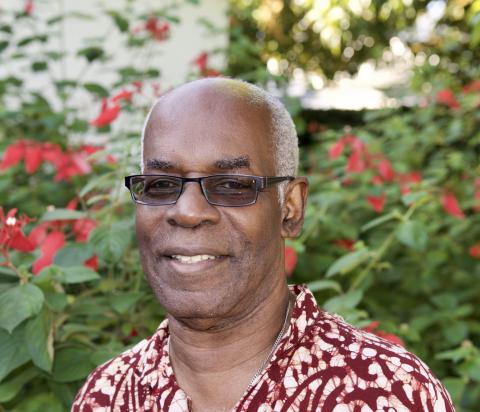 The PuLSE Institute, an independent anti-poverty think tank headquartered in Detroit, America’s largest Black city, is naming a major online lecture series on the contributions of the Caribbean world to U.S. politics after Dr. Rupert Lewis, an internationally renowned Jamaican scholar from the University of the West Indies.

The virtual innovative speaker program, Dr. Rupert Lewis Caribbean Influence on America and the World: Reparatory Justice and Anti-Poverty Policy Lecture Series, kicks off in January 2021, and will feature some of the most important voices in the Caribbean region whose work and research deals with issues of economic justice including reparations. Lewis has also been named to the Institute’s National Advisory Panel made up of some of the foremost thinkers and leaders in civil rights and policy in the world today.

Lewis is professor emeritus of political thought in the Department of Government, at the University of the West Indies, Jamaica, where he lectured for forty years in political science, political thought and Caribbean, African and global politics.

Professor Lewis is currently a  Research Fellow in the PJ Patterson Centre for Africa-Caribbean Advocacy at The UWI working with former Jamaican Prime Minister PJ Patterson to build bridges between the Caribbean and Africa. A scholar of the Garvey movement and Caribbean radicalism in the twentieth and twenty-first centuries, Lewis has collaborated with colleagues to organize two international academic conferences on Marcus Garvey at The University of the West Indies in 1973 and 1987.  He co-edited two volumes, Garvey, Africa, Europe and the Americas and Garvey: His Work and Impact emerged from these conferences.

In 2018 his biography of Marcus Garvey in the Caribbean Biography series published by The UWI Press. He is author of the book Walter Rodney’s Intellectual and Political Thoughtand has edited books on George Padmore, the Trinidadian Pan-Africanist and Richard Hart, the Jamaican Marxist.  His essay on “Black Power in the Caribbean” was published in the Oxford Handbook of Caribbean Constitutions in August 2020.

Lewis, whose book Marcus Garvey, documents the forging of his remarkable vision of pan-Africanism, recently delivered the keynote address at the PuLSE Literary Circle National Forum, an event that drew an international audience of leading academics and heads of major institutions and organizations both from the U.S. and the Caribbean.

The lecture series will explore the significant ties between the United States and the Caribbean, a region that has had a prominent presence on Black political life in America. For example, children of Caribbean parents, have long shaped U.S. politics and have been a force in the Civil Rights Movement as well as in the entire sphere of influence in national politics. Among them is the elder statesman of the Civil Rights Movement Harry Belafonte (Jamaica), Black activist and philosopher Stokeley Carmichael (Trinidad), Congresswoman Shirley Chisholm, the first African American to run for president (Barbados), Eric Holder, the first Black Attorney General (Barbados) and General Colin Powell, the first African American Chairman of the Joint Chiefs of Staff (Jamaica).

The earliest and most notable of these global influencers with deep Caribbean roots is Marcus Garvey, a son of Jamaica and the father of Black nationalism, whose message of Black economic and political empowerment permeated the veins of the American Civil Rights Movement and the contours of the global liberation movements. As a matter of fact, one of the icons of the struggle for Black humanity, Malcolm X, whose mother was from the Caribbean nation of Grenada, was heavily influenced by Garvey. Malcolm’s parents were loyal disciples of the Garvey movement.

The election of U.S. Senator Kamala Harris as the first Black woman Vice President-elect of the United States, underscores the significance of the link between the Caribbean and the U.S. , as Harris is also the first woman of Jamaican heritage set to become the second in command of the United States of America.

“I am honored that The Pulse Institute, located in Detroit in the heart of America’s largest Black city, has announced this lecture series, which will allow the recovery of the rich legacies of multi-generational struggles for economic, social, cultural and racial justice. It will also facilitate the elaboration and advocacy of policies directed at achieving these goals,” Lewis said. “As a consequence of slavery and colonialism, 12-15 million enslaved Africans, indentured laborers from India, and indigenous peoples, have contributed,  significantly to the wealth of the Western world.  Haiti, Jamaica and Barbados were among the Caribbean islands that produced the wealthiest planters in the world whose investments built universities, financial houses and industries in the United States and Europe.”

Lewis noted that the lecture series will examine how the Caribbean world is leading the international debate about the future of reparations and lessons to advance the theory of reparatory justice for Black descendants of slaves both in America and in the Caribbean.

“There was, simultaneously, a robust tradition of revolutionary resistance especially during the eighteenth century in the Maroon Wars in Jamaica and the Haitian Revolution, led by Toussaint L’Ouverture and Dessalines, which brought an end to slavery. The Haitian Revolution  inspired movements for freedom in the United States and many parts of the world. The struggle for the right to live as free human beings continues today for reparatory justice, to end systemic racism and poverty in Black communities, continues today. The Caribbean Reparations Commission has taken the lead in the global movement for reparative justice,” Lewis said. “We need to link these historic struggles to 21st century movements for transformation. In demonstrations in the United States in 2020 the historic year of resistance to white supremacy and class exploitation the red, Black and green flag was carried by protesters. These are the colors of the movement led by Marcus Garvey who championed the freedom of Africa and Black peoples throughout the world and he was very effective in organizing black communities throughout the United States. Such a global movement needs to be re-engineered in the twenty-first century.”

Lewis added, “Kamala Harris’ attainment of the post of Vice-President of the United States, in the Joe Biden administration, is a signal moment for women, African-American women in particular, and for her ancestral communities in Jamaica and India. The lecture series will tell the stories of these struggles in which Caribbean communities and personalities, together with African Americans, and their allies have battled for social, racial and economic justice. The lecture series will also highlight the policy directions necessary to achieving our objectives. The lectures series will also chronicle the seminal contributions that Caribbean descendants have made to music, literature, the arts, sciences, politics and entrepreneurship in the United States.”

Attorney Tina M. Patterson, the president and director of research at The PuLSE Institute and a leading voice for racial equity in Detroit, said the series is an important addition to the intellectual framework of the Institute to engage in rigorous debate about issues that are central to the struggle for racial justice.

“Professor Lewis brings decades of scholarship and activism to the subject matter that will be the focus of this lecture series. It is important for us to understand that the quest for racial parity is a centuries-long battle that persists in present day American life and around the world,” Patterson said. “Yet as we celebrate the historical election of Senator Kamala Harris of Jamaican descent as the first Black woman Vice President-elect, the highest elected political office of any Black woman in the nation, we cannot ignore that the true pursuit of equality is incomplete without reparative justice.”

Patterson added, “This contentious but necessary debate has found its way into American politics, but no region has paved the way forward in this essential topic than the Caribbean. As such, The PuLSE Institute is proud to introduce this lecture series and name it after a scholarly giant like Dr. Rupert Lewis in order to uplift the groundbreaking work of reparatory justice from the Caribbean.”

Bankole Thompson, the editor-in-chief of The PuLSE Institute and the dean of the Academy of Fellows, the Institute’s most prestigious program of noted academics, top-level professionals and leading advocates committed to the fight against poverty, says the series will mirror issues that are currently playing significantly in the public gallery for economic justice. Thompson, a nationally renowned journalist and culture critic is an opinion columnist at The Detroit News, where he writes a twice-a-week column on presidential politics, culture and socioeconomic issues. He was one of the leading voices in the media pushing for a Black woman as a VP candidate on the Democratic ticket during the 2020 presidential campaign.

“This series named after Dr. Rupert Lewis, a first-rate academic of the Caribbean world will provide an ongoing introspection and valuable insight about work that is being done at the scholarly, activist and policy levels of the international debate about reparative justice and anti-poverty policies,” Thompson said. “As we prepare to enter the Biden/Harris dispensation, we must strategically engage the issues of the disenfranchised and dispossessed that are the forefront of the Black Lives Matter movement, which has become a compelling global statement for equality and redemptive justice.”

Because of his remarkable work for Black freedom, Professor Lewis’ colleagues published the volume of essays entitled Rupert Lewis and the Black Intellectual Tradition edited by Clinton Hutton with Maziki Thame and Jermaine McCalpin in his honor in 2018.  He served as Chairman of the Friends of Liberty Hall which spearheaded the renovation and reconstruction of Garvey’s Kingston Liberty in 2003 and its development as a part of the institutions falling under the Institute of Jamaica. He served as a member of the Council of the Institute of Jamaica from 1997-2020 and was a member of the editorial board of Jamaica Journal. He also Chairs the editorial board of Caribbean Quarterly, The UWI’s oldest journal.

He has been an activist for reparative justice since the 1980s and is a member of Jamaica’s National Council on Reparation.  For his services to Jamaica the Government of Jamaica awarded him the Order of Distinction, Commander class.